Founded at the end of 2003, we mainly serve the purchasing business of hard products for western retailers. We cover more than 2,200 customers in 140 countries all over the world, and the group has been listed in the top 500 of China’s import and export enterprises for many successive years.

The company was formerly known as DEP C of a trading company.

During the first three years after the establishment, the company achieved a very rapid development and produced a miracle of success in the industry. And it founded the first subsidiary Royal Union on September 1, 2006.

After experiencing the world financial crisis, the company entered the stable development period for the first time, but it still maintained an annual growth rate of more than doubledigits. The company proposed the“student ethos”, and established Source well which is the first localized trading company in Yiwu at the end of 2009.

The company experienced the second rapid development, and its growth rate is more than 70% for three consecutive years.The company was separated from a trading group at the end of 2010, and the transition period was from 2011 to 2012.The company proposed to learn from“Li & Fung”.

The company entered the stable development period again, with nearly 1000 employees, and then it became the largest trading company in Ningbo and Yiwu.

The company maintained a growth rate of more than 20% for three consecutive years, but there was no increase in the number of employees. Per capita efficiency increased more than one time, and operating efficiency also significantly improved.In August 2018, the monthly export revenue exceeded 70 million US dollars.In the first half of 2017, the company established the third operation center in Shanghai after Ningbo and Yiwu.

After the continuous senior leadership change, MU Group achieved continuous and rapid development again through epidemic prevention products. The growth rate was 40% and 37% in 2020 and 2021 respectively; the export volume reached $116 million in September 2021 for the first time. The group proposed to learn from "HUAWEI", and proposed new culture, a new direction, and a new development of advancing, dynamic, and fashion.

Our goal is to become one of the three largest procurement and design groups in Asia in the next three years! Through expanding our purchasing network in China and Asia and increasing our overseas companies, we can provide better services for our global retailers, brand owners and customers! 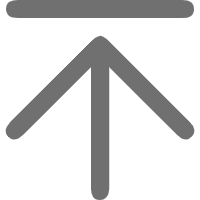