On the Centenary of the founding of the Communist Party of China (CPC), to relive the red history, deeply perceive the significance of “remaining true to our original aspiration” in the party’s 100-year struggle, and gain insight into the development of the company, Tom Tang, President of MU Group, Henry Xu, Vice President of MU Group, prime principals of various divisions and subsidiaries in Yiwu, and the directors of the Operation Department and the Finance Department visited the former residence of Chen Wangdao on the morning of June 16.

Mr. Chen was a prominent Chinese thinker, social activist, educator, linguist, well-known Marxist promoter, and early activist of the CPC. In 1920, it was at his home in Fenshuitang Village, Yiwu City, Zhejiang Province that Chen Wangdao translated the Communist Manifesto, the first complete version in Chinese. He spread the fire of truth and left a great legacy in the history of the Chinese nation. 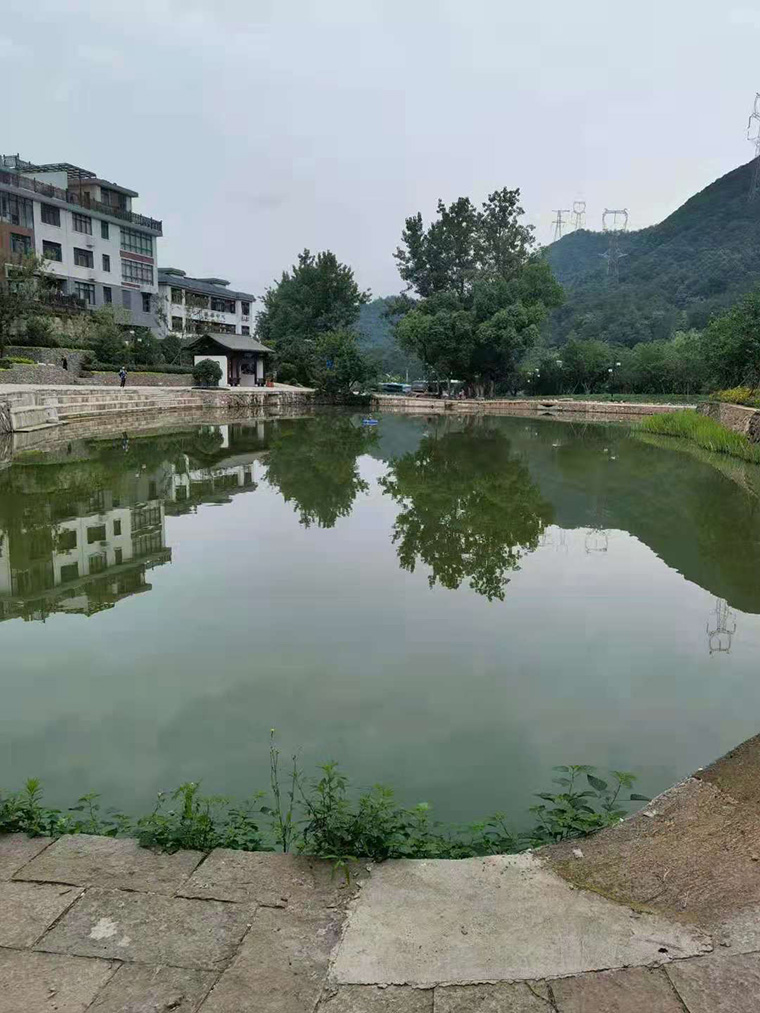 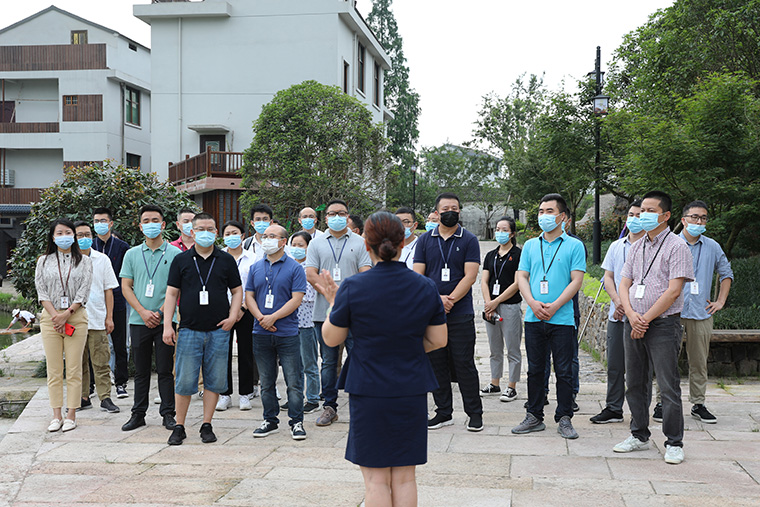 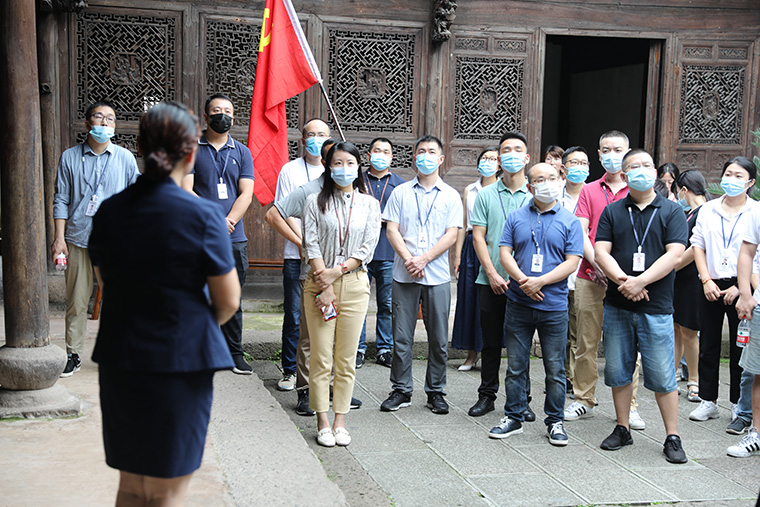 At 10 a.m., the former residence visitor center is already bustling with people holding red flags. Throngs of tourists enter Fenshuitang Village under the guidance of narrators. You can hear the tourists with different accents along the way, but you don’t need to know where they came from; what you need to know is that they came to approach the same thing—the truth. 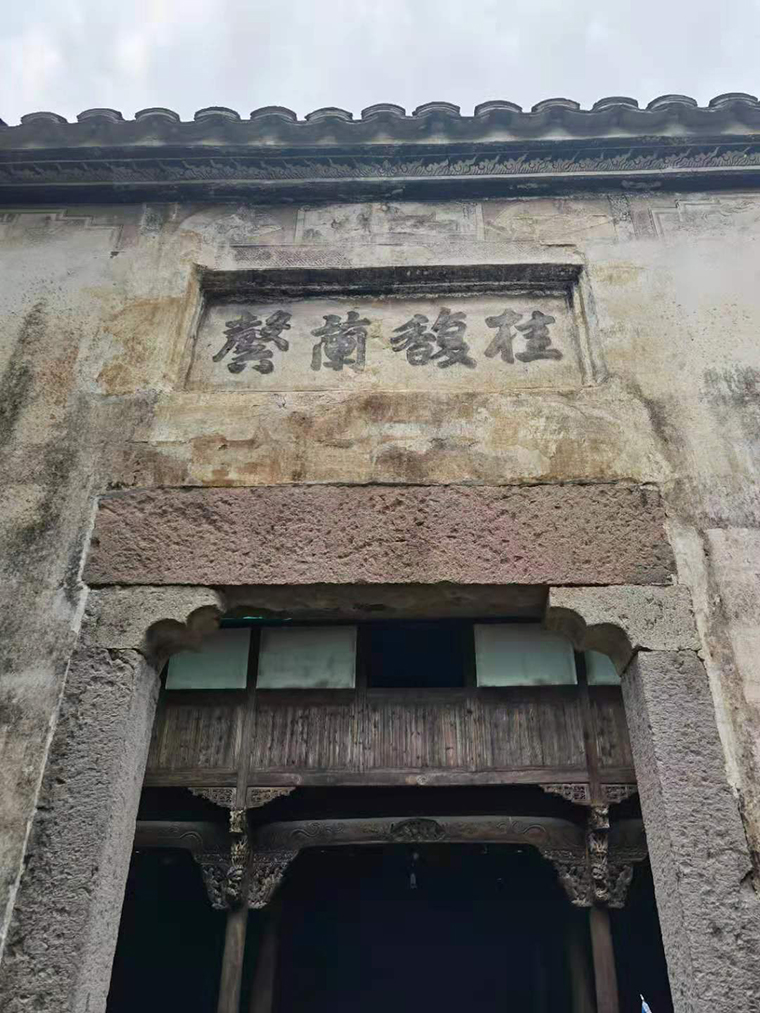 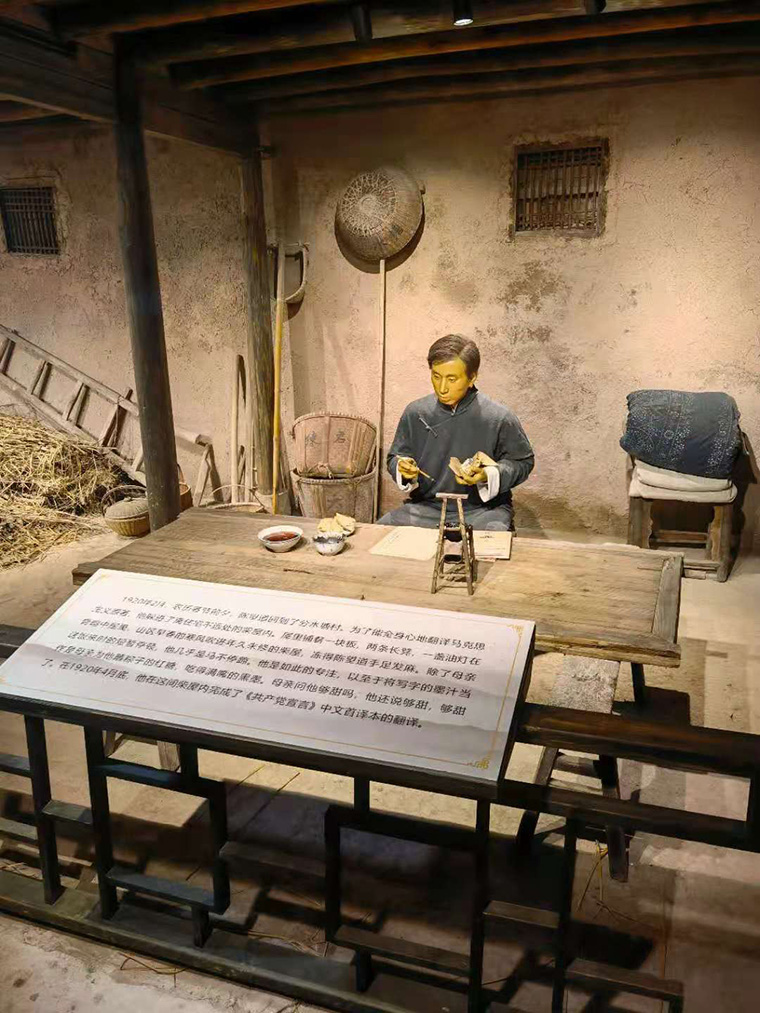 Under the guidance of the narrator, the members of MU Group visited the home inscribed with “fragrant like osmanthus and Magnolia” where Chen Wangdao once lived, the “woodshed” where the Communist Manifesto was translated into Chinese, and the exhibition hall displaying the party’s century-long history in detail. During the visit, the narrator told an especially impressive story: “One day, Chen Wangdao was engrossed in writing at home, when his mother shouted outside, ‘remember to eat zongzi (a traditional Chinese rice-pudding) with sugar water. have you eaten that?’ He replied, ‘yes, mom, it was so sweet’. His mother then came in and saw that the young man had his mouth full of black ink while still writing. It turns out he was so immersed in writing that he mistook ink for brown sugar water! They looked at each other, laughing.”—That’s where this famous saying “the taste of truth is sweet” comes from. 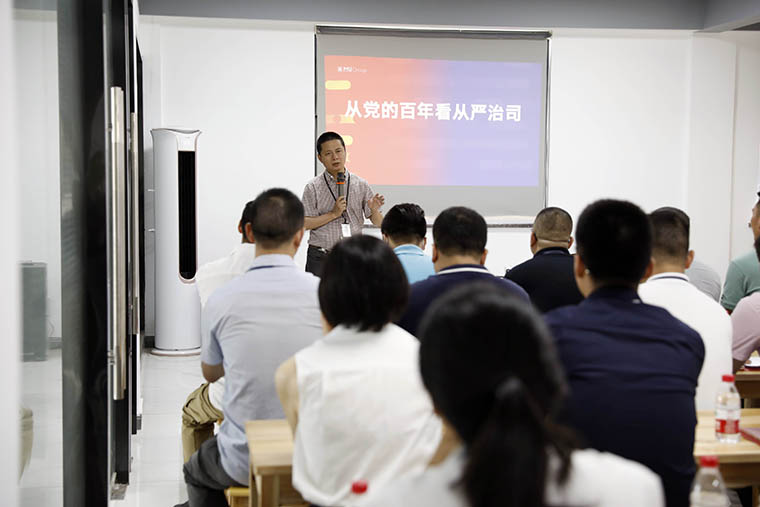 After the visit, the members of MU Group gathered in the conference room of the scenic spot, in which President Tang made a summative speech from three aspects. First, the CPC has remained true to its original aspirations and put the interests of the people first, and that’s why it can survive and thrive for so many years. Business leading cadres should learn the party’s spirit of keeping the original intention, always prioritize the interests of employees, and endeavor to solve the problems that employees face in their work and life. By encouraging those who have become prosperous first to inspire others to follow their example, we can make steady progress towards common prosperity and finally establish a company with humanistic care. Secondly, the CPC always represents the advanced direction of social, cultural, and scientific development, and that’s how it can lead China toward prosperity and strength. The impact of role models cannot be overestimated for the growth of an enterprise. Leading cadres need to have and represent the advanced direction of the industry and the enterprise, clear the clouds, lead the way for future glories. Our current goal is to build the company into a world-class fashion group in 30 years (2004-2033). Third, after a century of exploration and development, the CPC finally have such brilliant achievements, but it still exercises rigorous governance over the party, so should companies do. Only by strictly governing our divisions and keeping the team uncorrupted and well-disciplined can we stand up to the risks in the future and be triumphant at different stages. We must ensure that all of our actions are guided by the company at any time so that our team will have the capability to fight and win major wars!

At the end of the event, Mr. Tang gave each colleague the Chinese translation of The Communist Manifesto and a collection of stamps for the centenary of the publication as a commemoration.